“. . . the nature and role that mimetic empathy plays in a dancer is not mere representation, but a materiality grounded in bodily experiences . . . to watch dance is to have a ‘feeling of’ the movement, simulating movement sensations . . .” (Edward C. Warburton. Of meanings and movements: Re-languaging embodiment in dance phenomenology and cognition. Dance Research Journal 43(2): 65-83.)

“When I run my eyes over the text set before me, there do not occur perceptions which stir up representations, but patterns are formed as I look, and these are endowed with a typical or familiar physiognomy. . . . The reading of the word is a modulation of visible space, the performance of the movement is a modulation of manual space, and the whole question is how a cretin physiognomy of ‘visual’ patterns can evoke a certain type of motor response, how each ‘visual’ structure eventually provides itself with its mobile essence without there being any need to spell the word or specify the movement in detail in order to translate one into the other.”  (Maurice Merleau-Ponty. Phenomenology of Perception, 167) 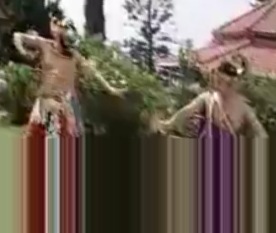 while behind the rest float up and over the buka and first gong parting ways with half-marathoners already starting home, settling into paced thoughts tracing Mahabharata bedtime stories with Otis over chimed melodies, shadow plays of Arjuna sojourning Himalayan Indrakila, tested by gods in mountains, an upward slope gathering John, Chris, Joshua, and me into temporary Srimpi 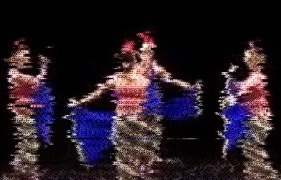 lulling legs listless labored lapping miles and over again . . . gong . . . gathering clouds into slightest snow until Chris/John finally disconnect and depart across the penultimate stroke and finish as a Gambyong pair . . .